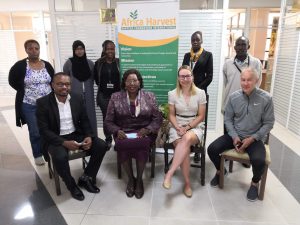 The 9th of August 2021 marked the beginning of one of the two scheduled studies in Kenya by the research group InnoFoodAfrica. The study titled ‘validation of a photographic food atlas among women of reproductive age’ was led by researchers from University of Helsinki and Africa Harvest Biotechnology Foundation International. The objective of the study was to assess the validity of food Atlas photographs in portion size estimation among women of reproductive age (13-45 years) by examining the difference between weighed food portion intake and estimated intake after food consumption i.e. to understand how accurately women can estimate their portion intakes. The study took place at Kahawa West in Nairobi for a period of two weeks and had 208 participants.

The mission of InnoFoodAfrica is to create solutions in order to establish diets as well as eating habits based on sustainably produced plant-based nutritious foods in countries such as Ethiopia, Kenya, South Africa, and Uganda. The project addresses all levels of food systems through various work packages ranging from 1-7. “Work package 2” contributes to addressing African diets and addressing malnutrition in all its various forms (undernutrition, micronutrient deficiencies, and overweight/obesity) and the validation study was located under this work package.

Women of reproductive age were chosen for this validation study as they are more vulnerable to malnutrition and because they usually dictate the nutritional status of their children. Therefore, in order to tackle food and nutrition insecurity, detailed information on women’s dietary intake is needed. Furthermore, a measure of their portion size estimates is required to determine if they are eating more or less of their nutritional requirements. Photographic food atlas has been shown to be reliable and assists respondents to estimate their portion sizes and has been a crucial factor during food consumption surveys.

The photographic food atlas under validation was originally developed for Kenyan adolescents between the ages of 9-14 years to aid in portion size estimates. The food atlas 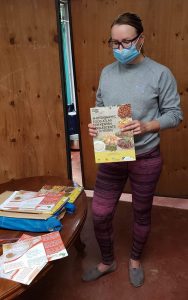 contains various Kenyan foods in different portions i.e. A, B, and C representing (small, medium, and large) portions respectively. The validation study was the first of its kind in Kenya as the photographic food atlas had never been validated before even among the age group it was developed for (9 -14-year-old adolescents). The food atlas would then serve as an important tool in a subsequent larger study in Kenya to be carried out by InnoFoodAfrica which aims to assess intake and food consumption habits among mothers and small children with the aim of developing healthy urban dietary patterns which are affordable for local people in Nairobi and Tharaka-Nithi counties. In this larger study, the food atlas would serve as a significant tool in assessing the dietary intake of women through portion estimates.

Takeaways from the study…

1 – Do not disregard anyone interested in inquiring about the study

During our promotions, it was inevitable that standing on the street with leaflets raised a few eyebrows from curious passersby. At times, we would be approached by those who became aware of the free lunch we were serving. These were mostly men.  Instead of brushing off their curiosity, we took it rather as an opportunity to explain to them the aims of our study. Additionally, we briefly educated them on the significance of adequate nutrition of women and their increased vulnerability to malnutrition hence why they were chosen for our study. Lastly, we presented them with the opportunity to invite females of the desired age group to the study.

The involvement of elderly women as study mobilizers enabled us to reach and accomplish our target maximum number of participants. The study utilized 3 mobilizers who aided us in obtaining participants and in return they were offered free lunch.

3 – Be ready to adjust your time to obtain participants

There were two unique instances where we had to change our initial plans in order to get more participants. Firstly, as the study involved a sample involved women of reproductive age between the ages of 13-45 years, it became as clear as crystal the under representation of those aged between 13-17 years. These age group were mainly in school during the weekdays in which the study was carried out. Thus, the research team took it upon themselves to reserve one weekend (Saturday) to reach out to them. With the help of study mobilizers, we were successful in obtaining these age group to participate in the study.

Secondly, the initial plan of the study involved serving of lunch from 1pm-3pm. However, since the study area was located in the heart of various business center’s we quickly became aware that free lunch did not guarantee us long ques among women who were trying to make a living. To add on to that, most women were vocal about our lunch hours being inconvenient for them. Therefore, we made changes such that lunch would be served as early as 12pm and with this change we saw a difference in the turn up as compared to when we began the serving sessions at 1pm.

4 – Ask for identification forms from the participants

The study adhered fully to COVID-19 protocols, such as wearing of masks and due to this, participants could not be identified by their faces. This led to instances where the research team especially those responsible for taking the informed consents, were certain some participants showed up more than once to the study. This was despite the efforts we made to ensure all participants were aware their participation in the study was required only once.

Obtaining the close weights of chapati (flatbread) as those in the food atlas emerged to be challenging. This is because the process of cooking it involves rolling of doughs which varies among individuals. The moisture in the dough also evaporates thus the final weight of the chapati turned out to be less than that in the food atlas. To deal with this, we weighed and increased the dough before rolling such that even after evaporation, the weight left would be the desired one.

Additionally, the research team brought kitchen weighing scales to the market during purchases of fruits such as oranges to get the exact weights as those in the food atlas.

To conclude, I learned that validation studies need to be planned in advance and proper measures on recruitment made. This especially being a validation of a food atlas, the foods prepared were perishable and any postponing would lead to losses and impact the progression of the entire study. Also, like any other research, there needs to be a good team spirit as it were on this study which makes work easier. This is especially in developing communication lines and ways to collaborate with each other. The validation study was a wholesome experience and I look forward to seeing the positive impacts the results will have on the Kenyan community.

📢We are happy to bring to you all the nineteen webinars of the @innofoodafrica #Sensory & #Consumer Testing Training. WATCH the video recordings here 👉👉👉http://innofoodafrica.eu/2021/09/14/ifa-sensory-consumer-testing-training-webinars/
#H2020 @HorizonEU #FoodSystems #FoodAfrica

UP Faculty of Natural and Agricultural Sciences@UPnasagric·
7 Sep

📣📣📣We are happy to bring to you all the nineteen webinars of the Innofoodafrica #Sensory & #Consumer Testing Training. WATCH the video recordings here 👉👉👉http://innofoodafrica.eu/2021/09/…
#H2020 @HorizonEU #FoodSystems #FoodAfrica … See MoreSee Less

Do you want a quick recap of the main objectives, background, approach, partners, and contact address of the work packages of the Innofoodafrica project? Here 👉👉👉 you will find the brochures.
#FoodSystems #H2020 #FoodAfrica … See MoreSee Less 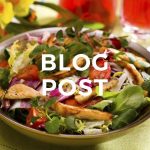 Blog – Malnutrition and unhealthy diets are common problems in EU and SSA: lessons from the InnoFoodAfrica projectBlog Article