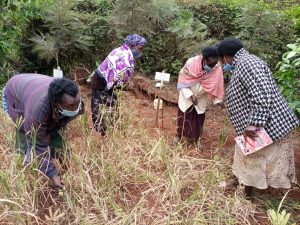 Project teams from Amhara Agricultural Research Institute-ARARI in Ethiopia; Chuka University and Africa Harvest Biotech Foundation International (AHBFI) in Kenya; and Makerere University and Kulika in Uganda prepared the necessary training manuals on improved agricultural practices and trained participating farmers. During the period, Phase I FPR field establishment was undertaken and completed in Uganda and Kenya and preparation for Phase II is in progress. In Ethiopia phase 1 is underway while in and South Africa it will start in October-November, 2021 in line with the late cropping season in the region.

In Kenya, during Phase I, AHBFI conducted its participatory research on finger millet and orange fleshed sweet potato crops on 10 sites, whereas, Chuka University researched on six sites using amaranth and cowpea crops in Busia and Tharaka Nithi counties. The farmers prepared the land, established the crops and harvested the grain and biomass yield, and participated in collection of data. Data on growth parameters including plant growth performance and yield related parameters were measured. Yield differences across treatments were observed and the data is being analysed.

The first phase of FPR in Uganda was conducted by Makerere University and Kulika using sorghum, finger millet and cowpea crops. Ten FPRs were set up (three for sorghum, four for finger millet and three for cowpea). The setting for banana FPR is underway. Farmers and the field support team were taken through data collection exercises and the farmers visited the mother trial as a group to discuss the various attributes of every entry. Data on agronomic parameters of crop growth, response to drought, pest and disease damage, crop yield, crop biomass, soil chemical and physical characters were considered.

In order to standardize the data collection process and the type to be collected during FPR, University of Helsinki supported with the development of guidelines and distributed them to partner institutions in the four countries.

The teams will analyse the data collected during Phase I FPR and prepare for Phase II. Work to establish a sustainable seed supply chain within the FPR sites and beyond to ensure continuation of the project will be initiated and will include development of training materials and subsequent training. Additionally, postharvest and storage technology promotion to reduce loss and support a healthy diet will be initiated in the project countries.

This project has received funding from the European Unionâ€™s Horizon 2020 research and innovation programme under grant agreement No 862170.

đź“˘Our #webinar will tackle the topic of strengthening an integrative network through a multi-sectoral approach for #foodsystems sustainable transformation.

A transformation of our food system is needed: away from monocultures, diversifying of crop systems and reducing our reliance on chemical inputs @ChemandInd https://www.soci.org/chemistry-and-industry/cni-data/2021/10/farming-future

Innofoodafrica focuses on how to improve the quality of #African diets by developing local food-based dietary guidelines in urban areas among women, and young children. Food consumption surveys are going on in #Kenya and #SouthAfrica
Read here đź‘‰đź‘‰đź‘‰http://innofoodafrica.eu/2021/10/…

InnoFood Africa project activities continued to focus on how to improve the quality of African diets by developing local food-based dietary guidelines in urban areas among women and young children. [â… 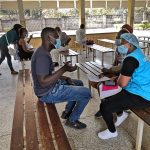 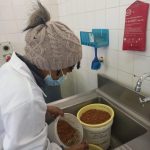