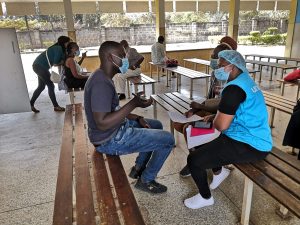 InnoFood Africa project activities  continued to focus on how to improve the quality of African diets by developing local food-based dietary guidelines in urban areas among women and young children. Towards this, the team initiated food consumption surveys in Kenya and South Africa to aid in the collection of diet and nutrient intake information in these countries.

Diet and nutrient intake information is critical in the development of the guidelines and this gives the project a strong mandate to pursue the surveys in each of the project countries of Ethiopia, Kenya, South Africa and Uganda. The surveys include the collection of body measurements (weight, height, mid-upper-arm circumference) and interviews on sociodemographic background, food security, and frequency of food consumption over the previous week from 400 mother-child pairs. In addition, detailed interviews called 24h dietary recalls are conducted for the mother concerning their own and their child’s diet over the last day.

Food consumption surveys started in South Africa and Kenya in May and September 2021 respectively. This exercise was preceded by careful planning involving study protocols, application for ethical permits, and training for data collection. South Africa has managed to collect data from 200 households in one district and is now moving to other areas. In Kenya data from 200 households in the capital city Nairobi has been collected, and the teams are moving on to Chuka town in the eastern part of the country for a similar exercise.

The teams in Kenya also conducted a validation study for a photographic Food Atlas – a book including 178 different traditional and commonly used Kenyan foods. The purpose of the book is to help portion size estimation among adolescents and women and to recognize foods. It is used in research, for example, to aid in the 24h recalls during the food consumption survey, and it can also be used as a tool in dietary counselling. The Food Atlas also relates to the project’s long-term goals as it will help in the implementation of the dietary recommendations at grass-root level in local health care.

On completion of the data collection, the teams in Kenya and South Africa will carry out the analysis that will include average nutrient and food intakes, body measures and food security status for the mothers and children by their socioeconomic position, living area, and age.

Ethiopia and Uganda are currently developing and polishing their plans for the food consumption survey in readiness for the training and data collection phase before the end of 2021. 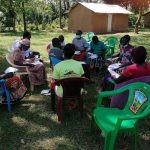 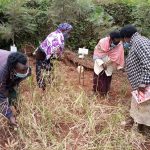