The implementation of Phase-I FPR in partner countries has been completed. Key findings and the outcomes of the participatory research indicated interesting results. While Kenya and Uganda have started the implementation of Phase-II FPR, Ethiopia and South Africa are under preparation for the next phase. In this Newsletter, we report the key findings recorded during Phase-I FPR.

Ethiopia
During Phase-I FPR, eight faba bean, ten teff, nine maize and five OFSP varieties have been tested for their yield and adaptability and farmers acceptance in two districts of the Amhara Region. Accordingly, farmers have selected one variety that suits to their interest and with greater yield advantage. The selected varieties of these 4 crop species demonestrated yielding ability of as much as 1.1 to 3.8-fold higher than their local controls. The results were communicated with various stakeholders at field days and workshops.

Phase-I FPR in Uganda was conducted to test the adaptability and yielding ability of 10 cowpea, 12 finger millet, and 12 sorghum varieties. Five varieties from each crop have been promoted to phase-II FPR due to their outstanding ability as early maturing, greater pod, panicles and heads, drought tolerance, and pest resistance. In phase-II FPR these varieties will be confirmed for their recorded characteristic and a few of them will be recommended for the agricultural regions under consideration. Banana FPR is under implementation using 4 varieties.

Better yields of cowpea obtained due to agronomic practices introduced to the project location. High yielding and preferred OFSP variety was identified.

In Kenya phase-I FPR identified high yielding and adaptable varieties of cowpea, amaranth, finger millet and OFSP. Together with, appropriate rates of fertilizers, inoculants, farmyard manure applications, planting methods and planting materials have been identified and recommended for the next phase trial.

#FoodLAND has established two #FoodHubs in #Tanzania. Several meetings have been held to kick them off and discuss the structure and operating modalities of them.

If you are in #Brussels, come meet us and learn about the @innofoodafrica project: Our food products are on display at the #NewEuropeanBauhaus. More healthy, nutritious food products are under development. Visit our project virtually 👉https://new-european-bauhaus-festival.eu/fair/1MeuzJnblLQNu6WuNZz764
#FoodAfrica #H2020

The #NewEuropeanBauhaus is bringing the #EUGreenDeal into our living spaces💚
The Festival has already started!🎉 – discover how to connect the dots👇
Research, science & technology, education, civil engagement, art & architecture.
Register & follow LIVE  https://new-european-bauhaus-festival.eu/home

Two years ago, we launched our #EUGreenDeal. A new model, which gives back to nature instead of taking away from it.

And at its soul is the New European Bauhaus.

I look forward to opening the Festival of the #NewEuropeanBauhaus later today.

If you are in #Brussels, come meet us and learn about the Innofoodafrica project: Our food products are on display at the #NewEuropeanBauhaus festival. More healthy, nutritious food products are under development. Visit our project virtually here 👉👉👉https://new-european-bauhaus-festival.eu/fair/…
#FoodAfrica #H2020 … See MoreSee Less

The #NewEuropeanBauhaus Festival kicks off today!🎉🚀

Join us online () & across #Brussels to debate and shape a beautiful✨ and #sustainable💚 future together.

Curious to learn about bioplastics for food packaging, nutritious and healthy foods for the urban market based on Africa crops such as cowpeas, fababean, sweet potato, teff, sorghum, and amaranth?
Come and visit our creative and environmentally friendly mobile booth in several locations in Brussels where we are part of the 1st Festival of the #NewEuropeanBauhaus – a 4-day event, held by the @European Commission from 9 to 12 June 2022.
On 9 June, we will be at Place de la Musique, GARE MARITIME (12:00-14:00) and at MONT DES ARTS (16:00-21:00)
On 10 June, our mobile booth will move to PLACE DE BROUCKÈRE (12:00-21:00)
On 11 June, you can find us at MARCHÉ AUX POISSONS (12:00-21:00)
On 12 June, we will return to MONT DES ARTS (12:00-21:00)
We also encourage you to share your page on the NEB Festival platform, now available in the FAIR section (https://new-european-bauhaus-festival.eu/fair/…).
We look forward to your participation in the Festival from 9-12 June 2022. … See MoreSee Less

📢📢 Innofoodafrica exhibiting its work in the #NewEuropeanBauhaus . We are also present in the virtual space of the festival. Look out for us here 👉https://new-european-bauhaus-festival.eu/fair/…
#FoodAfrica #H2020 … See MoreSee Less

📢📢📢We are delighted to be part of the #NewEuropeanBauhaus Look out for us here 👉👉👉https://thefestival.brussels/fair/…
Innofoodafrica research climate-smart crops to provide nutritious food and useful biomaterials for #Africa, the #EU, and beyond. #FoodSystems #FoodSecurity #H2020 … See MoreSee Less 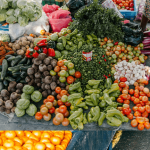 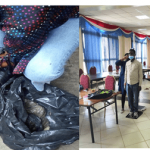