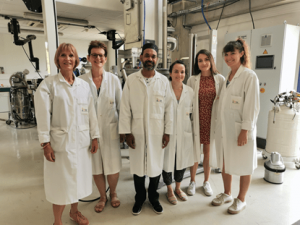 During two days visit, Prof Naushad Emmambux from Pretoria University has been welcomed in the Institute Agro Montpellier by the research team “Grains and Seeds” of the Join Research Unit IATE involved in the InnoFoodAfrica project work package four.

Extensive discussions on primary and secondary processing of cereals and pulses and especially on dry fractionation and pasta processing were held between Naushad and all the technicians, engineers, and researchers of the French team. Naushad visited two facilities dedicated to the milling of grains, grain chemistry labs, and a pilot plant for pasta manufacturing.  He also had the opportunity to see a demonstration of pasta manufacturing with 100% cowpea followed by a scientific discussion. In the afternoon the discussion continued about a review paper to be written by Pauline Pinel, the PhD student involved in the project with the collaboration of Naushad. After so many months of seeing people only through virtual means, it was a great pleasure for the team to meet Naushad in person. 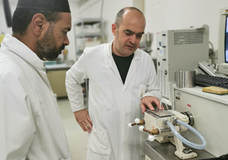 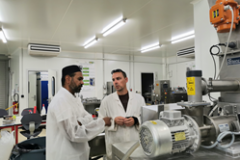 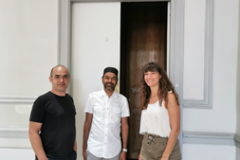 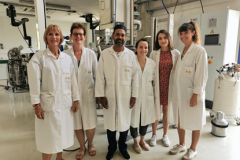 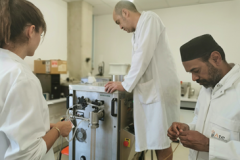 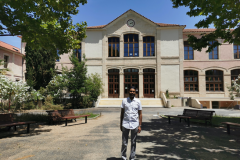 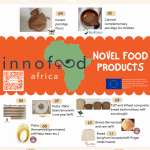 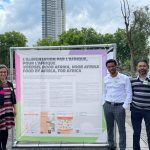