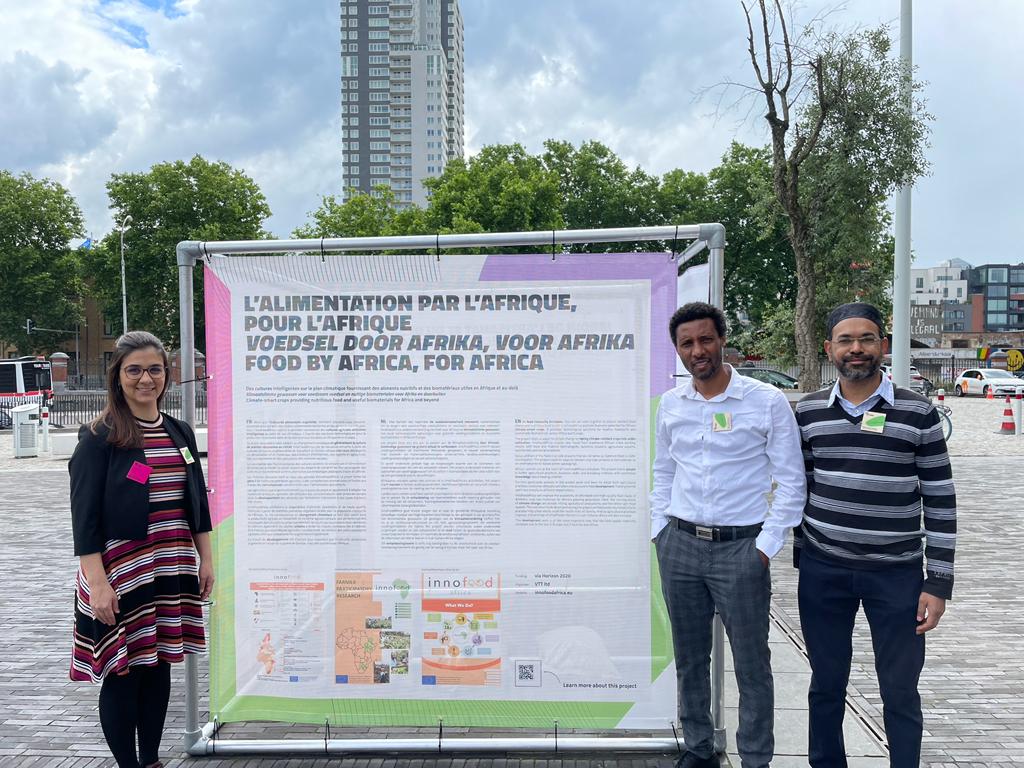 The new European Bauhaus festival is the European Commission’s new flagship, aiming to bring together talents and ideas from all over Europe and beyond that can contribute to the achievement of the European Green Deal. InnoFoodAfrica (IFA) was one of many projects chosen to display their work at a mobile fair to the general public on the streets of Brussels. The NEB organizers printed a poster for display with the main objectives of IFA in three languages: English, France, and Dutch, allowing many people to effortlessly understand it. There was also a colorful banner and prototype food products that stood out from the crowd.

On a daily basis, approximately 30-35 visitors showed interest and followed extensive explanations in either English or French with the assistance of IFA representatives Natalia, Naushad, and Habtu at the venues. Many visitors expressed an interest in tasting the prototypes. They also inquired whether such products could be found in local shops in Europe, which could be a good indicator of the potential of such products in the European market. Many of the IFA raw materials, such as cowpea, Bambara, and Sorghum, were unfamiliar to many of the visitors. It was clear that explaining food science terms to the general public can be difficult, but it can also be interesting, as many of the visitors paid close attention. 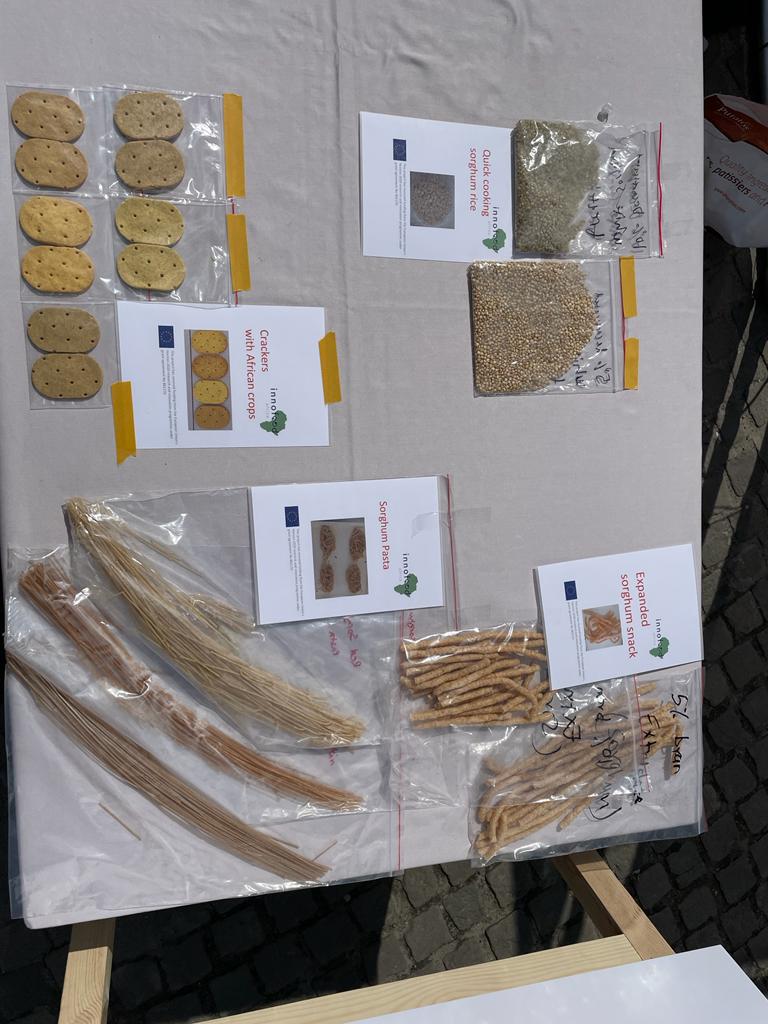 IFA successfully conveyed all necessary messages and showcased many of its prototypes in this unique platform that brought people from all walks of life together in the heart of Europe. We believe that IFA has managed to publicize, and market itself by directly explaining its core objectives and displaying prototypes to the general public. Finally, the whole IFA team should be applauded for all of their clear communications and preparations for the successful participation. Thank you to all of the partners who sent prototypes, as well as Putatos for providing logistics and printing the banner. 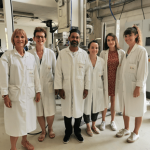 When South Africa meets the South of France!Innofood News