Robyn Schnell from UP 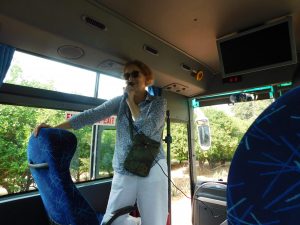 On the 31st of October 2022, InnoFoodAfrica project consortium partners visited the Chipkins Puratos factory. The delegates from various countries such as Finland, Belgium, France, Ethiopia, Kenya, and Uganda traveled to South Africa for the first face-to-face Consortium meeting. In addition to them, some of the work package leaders from UP as well as a few of UP’s students involved in the Project were part of the team who visited the factory. Chipkins Puratos is a partner of InnoFoodAfrica project

Before leaving Future Africa just after 08:00 am, the InnoFoodAfrica Project’s coordinator, Dr. Raija Lantto welcomed the group aboard the bus and said a few words about the Project. The group then traveled to the South African branch headquarters of Puratos, Chipkins Puratos. The Chipkins Puratos factory is located in the Edenvale suburb of Johannesburg. We arrived at the factory just after 09:00 am, where the group was met by Mr. Rémi Piot from Chipkins Puratos. Before getting settled in the facility’s conference room, Remi welcomed the group with tea, coffee, and other refreshments. Rémi then delivered a presentation to the group which explained what Chipkins Puratos is as well as an explanation of what Puratos is as a whole. 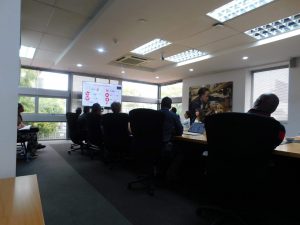 Puratos is an international group that began more than a century ago, in 1919. The organisation began as a father-and-son start-up in Belgium and has evolved into a successful global group over the past one hundred years. Puratos focuses on providing a broad spectrum of state-of-the-art services, insights, and ingredients to consumers in three primary industries, being bakery, patisserie, and chocolate industries. Today, Puratos has over 9000 employees and 1072 R&D researchers and technical advisors. Puratos has 65 production units in 52 countries and has subsidiaries in 81 countries. The group’s products are available in over 100 nations around the globe, and Puratos also has established 93 Innovation centres worldwide. The Puratos group also reinvests 2.44% of its revenue back into food and consumer research, innovation and development.

After Rémi’s presentation, we were provided with disposable lab coats, hairnets, and shoe covers, before beginning our tour of the facilities. We were split up into two groups, with Rémi and his colleague, Pamela as our tour guides. Our tour guides explained the manufacturing, developing, and packaging processes that are involved in the production of Puratos’s products. We were also shown the various equipment and machinery which is used in these processes, and Rémi and Pamela explained how the equipment is used. 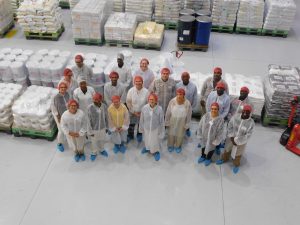 After our tour of the Chipkins Puratos factory ended, we returned to the conference area and were served a lunch consisting of finger foods, fruit, and a variety of beverages. The team thanked  Chipkins Puratos for allowing us to visit their production and manufacturing facilities and also thanked Rémi and Pamela for their insightful tours of Chipkins’ factory and facilities! 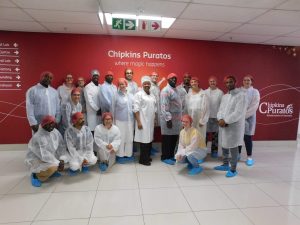 📢#Foodsystems in #Africa and the #Mediterranean
How to co-construct solutions for sustainable food security and health? November 7,8 and 9, 2022 Montpellier, France.
Valerie Lullien of INRAE will present InnoFoodAfrica on Tuesday
Register here 👉👉👉 … See MoreSee Less 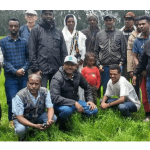